Adam Fitzgerald joins the Argenti F4 team for the 2022 British F4 Championship season, as the young driver makes his debut into car racing following his career in karting. 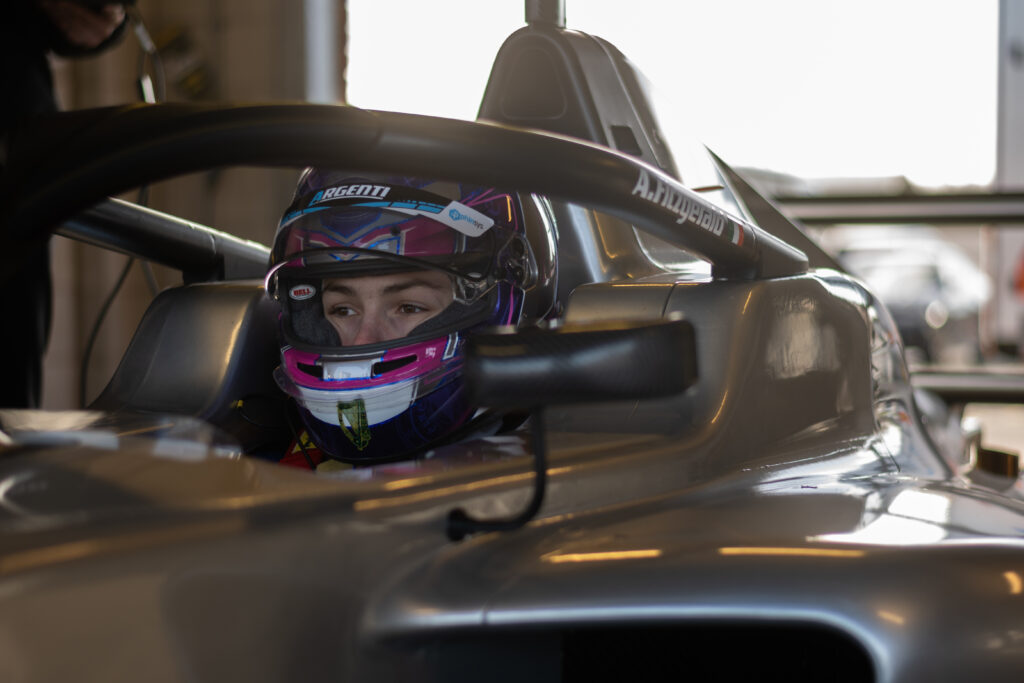 Fitzgerald embarked on his motorsport career in late 2019, where he raced exclusively in Ireland before moving to compete in wider British championships in 2021, such as the Motorsport UK British Kart Championships Senior X30 series and racing amongst a heavy grid at the Kartmasters GP. Given his relatively short career within karting, Adam is determined to further his racing career as he progresses into cars with the Argenti F4 team.

The young driver began F4 testing with Argenti back in November 2021, firstly getting to grips with the new challenges that come with progressing into car racing, and has recently started to test the new Tatuus F4 car, as he builds momentum to the start of the season.

Commenting on his progression into single-seater car racing, Adam said, “I’m extremely grateful to have the opportunity to step up from karting and to join Argenti Motorsport for the 2022 season. Pre-season testing has been going very well with the team and I’ve been kept busy learning the British tracks and the new car for this season. I’m lucky to be surrounded by a great group of people with the same goals as me, and I can’t wait to get started in April.”

Argenti F4 Team Principal Michael Meadows commented the following on signing Fitzgerald, “The team are excited to work with Adam as he makes his debut in car racing this year. As Winter testing continues in the run up to our first race in April, Adam is continuing to learn and adapt to the new car and he will be ready to compete amongst experienced drivers on the British F4 grid.”

← Daniel Guinchard to compete in British F4 with Argenti Motorsport