Podium Glory for Phinsys By Argenti At Thruxton

Phinsys by Argenti kicked off its sophomore season in the F4 British Championship certified by FIA – powered by Ford EcoBoost in competitive fashion this past weekend (May 8/9) at Thruxton, scoring an outright podium and Rookie Cup victory. 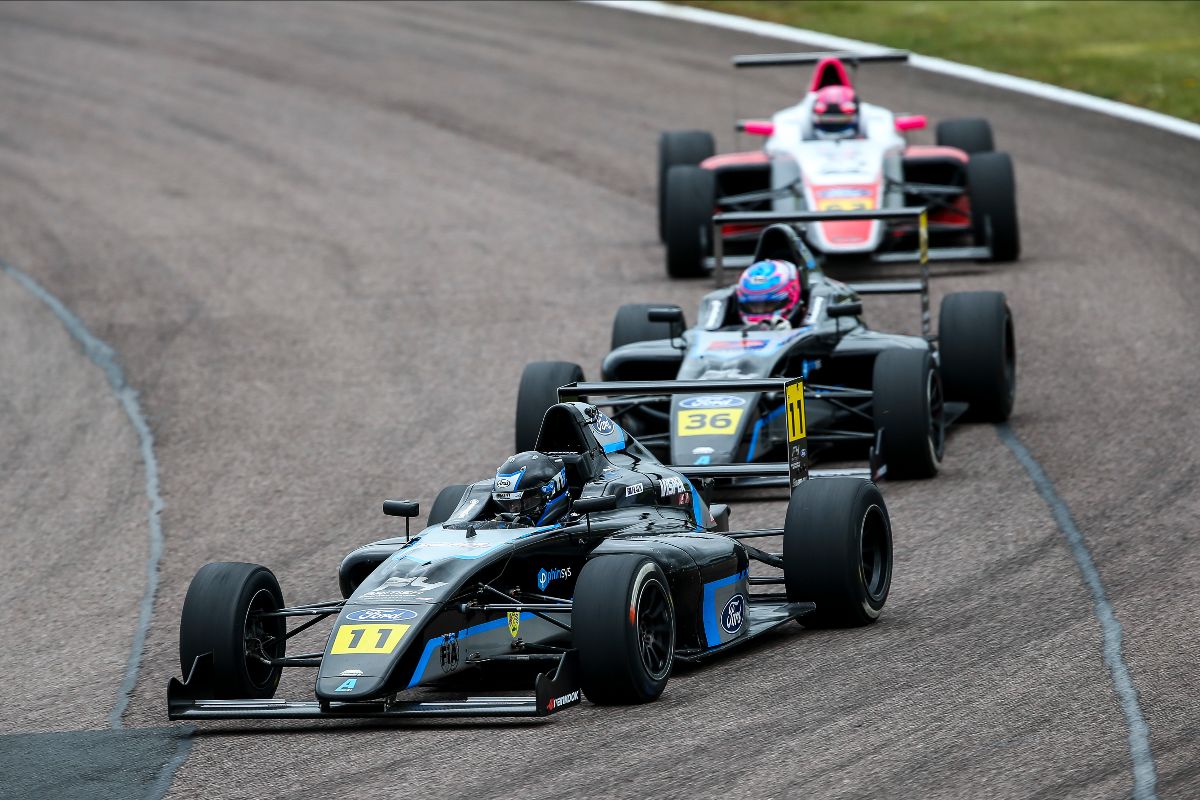 On what proved to be a pulsating two days of track action around the fastest circuit in the UK, Matias Zagazeta powered his way to second place in a thrilling wet-dry opener as Eduardo Coseteng claimed Rookie Cup honours in the same encounter. Coseteng would go on to clinch the fastest lap in races two and three, whilst Marcos Flack also showed promise on his debut.

Greeted with wet weather conditions for qualifying on Saturday, the Sacred Coffee-backed squad’s trio of drivers endured contrasting fortunes as they battled the elements around the high-speed Hampshire venue. Zagazeta ended a closely fought session as the highest placed driver in eighth, whilst Flack and Coseteng were 14th and 15th respectively.

With conditions beginning to switch from wet to dry as Saturday afternoon wore on, tyre choice became the major talking point ahead of race one. Leaving a decision until the final moments, the team elected to put the drivers on slick tyres and it proved to be an inspired choice.

Making progress as soon as the lights went out, Zagazeta and Coseteng both made use of the superior grip to complete a number of outstanding overtakes and carve their way through the field. Peruvian ace Zagazeta claimed his first overall podium in the series with third, whilst Coseteng was hot on his heels in fourth, claiming the Rookie Cup spoils.

Unfortunately, Flack would be unable to join his team mates in charging up the order as a spin on the opening lap forced him to retire.

Race two – the first under the new-for-2021 full reverse grid format and broadcast live on ITV4 – proved to be one of attrition as Zagazeta led the line for Argenti once again. Finding himself in the thick of the action amidst the top ten, the 17-year-old added to his points tally with an eighth place finish.

Both Flack and Coseteng, who had started towards the sharp end of the grid, found themselves out of luck as they were each spun out of contention whilst fighting towards the front. Flack would recover to 11th whilst Phillipines-born Coseteng finished a lap down.

The third and final race of the weekend once again proved action-packed with Zagazeta innocently getting caught up in a multi-car accident exiting the final chicane, bringing out the red flag and a lengthy delay.

Despite a monumental effort to fix his car, Zagazeta was unable to finish the restarted race due to the damage sustained, whilst Australian talent Flack bagged his first points of the season in 10th, one place ahead of Coseteng.

Michael Meadows, Team Manager: “It has been a weekend of mixed fortunes as we enjoyed some good results on Saturday, but then didn’t get the results our pace deserved on Sunday. Starting the season at Thruxton is a unique challenge, especially in the wet-dry conditions we had. There are many positives to take away though and the main one is that we have pace, that was proven by getting the fastest lap in each race. We made a great call to run slick tyres in race one and that gave Matias the opportunity to score a podium and Eduardo a Rookie Cup win. All three drivers, new to the team this year, have driven well, the luck just wasn’t always on their side at times. That’s the first event out of the way and now we can focus on building on this start at Snetterton next month.”

The F4 British Championship certified by FIA – powered by Ford EcoBoost heads to Snetterton next on June 12/13 for the latest triple-header of the 2021 season. 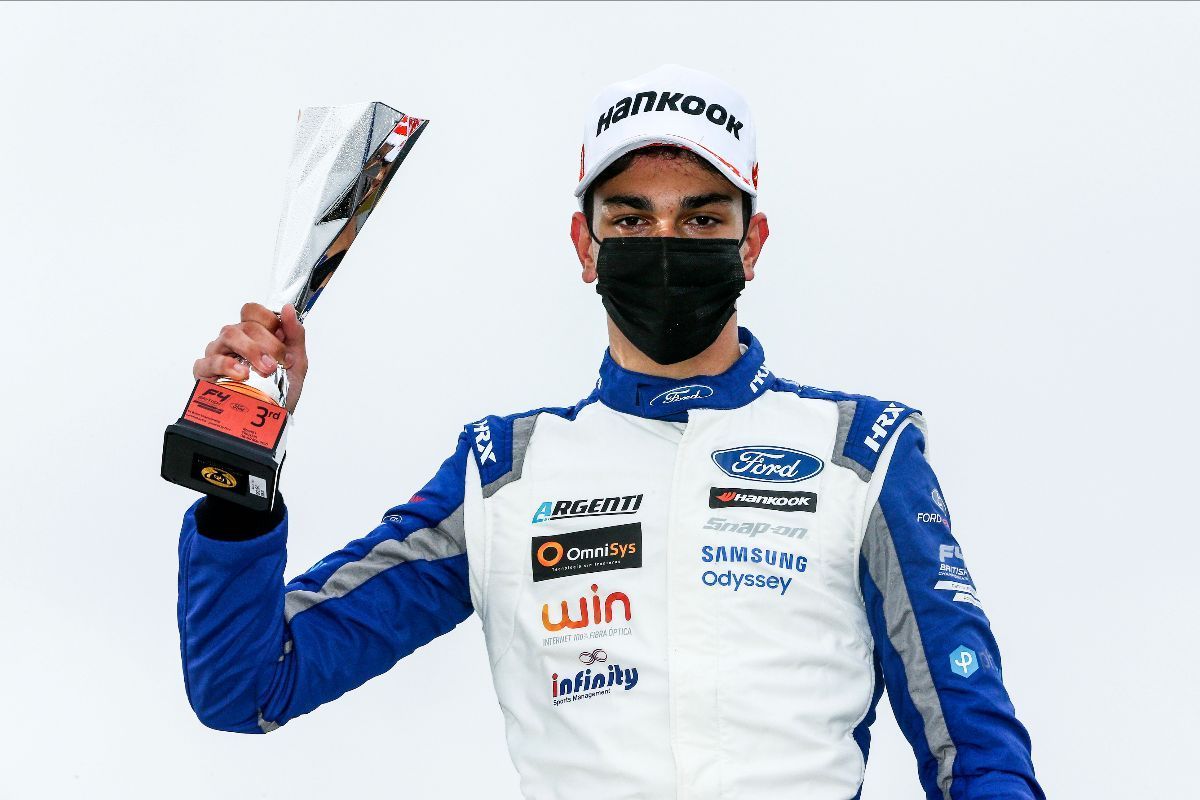