Phinsys By Argenti Charge Onto The Podium At Oulton Park 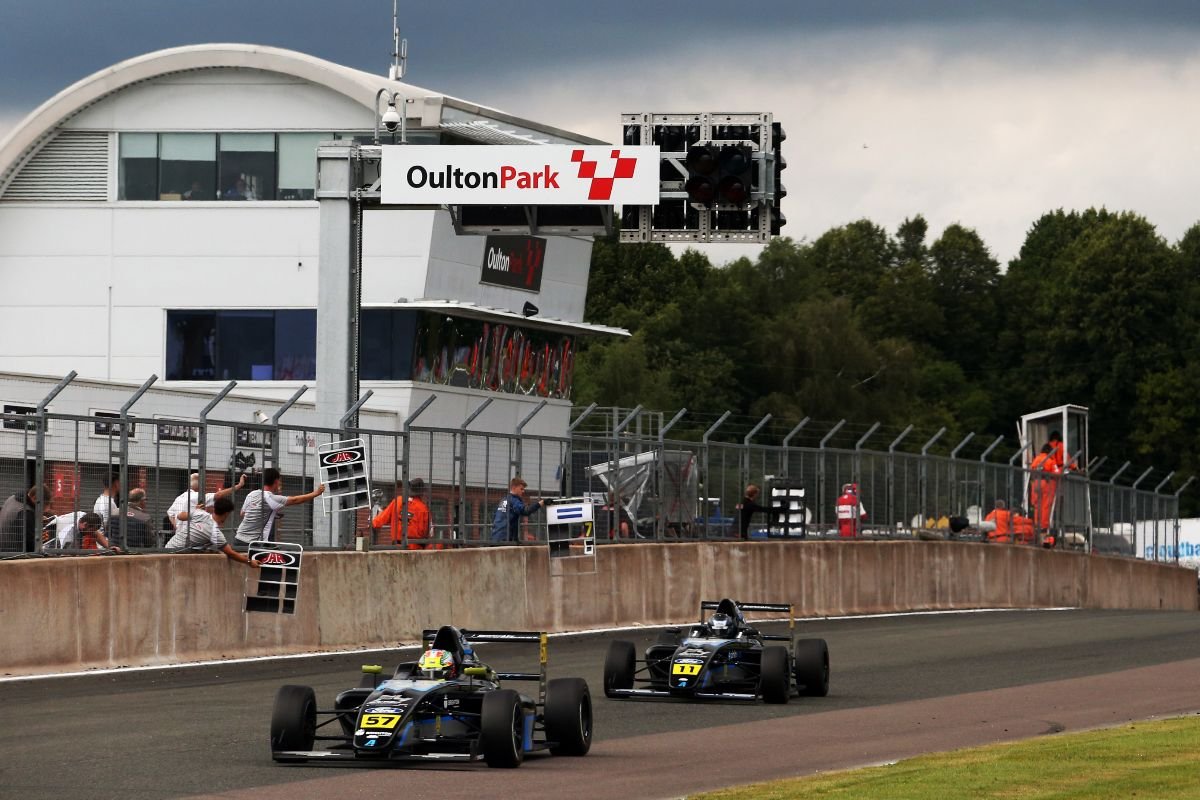 Having been in the thick of the action around the picturesque Cheshire venue throughout the fourth event of the season, the Banbury-based outfit had reason to celebrate as the Peruvian produced a superlative drive to claim second place in the finale.

Returning to single seater action after a five-week break, Argenti entered the fourth event of the season riding a wave of momentum following Zagazeta’s maiden win in the series last time out at Brands Hatch.

In what proved to be an ultra-competitive battle for pole position, Coseteng led the team by posting the fourth fastest time whilst Zagazeta was fifth, Neate ninth and Flack 11th – the latter narrowly missing out on making it four cars in the top ten.

Unfortunately, Zagazeta would be denied the chance to showcase his speed as a mechanical issue ended his race one early on.

As the field diced for position around the 2.22-mile circuit, Neate emerged as one of the drivers to watch as he made his way up the order to seventh, bringing Flack and Coseteng along with him – the pair finishing eighth and ninth respectively.

Race two – the reverse grid encounter – produced another brilliant double top ten for the team, with Flack in seventh and Coseteng in tenth.

Throughout what proved to be a race of attrition, Neate crossed the line in 14th whilst there was further woe for Zagazeta with a recurrence of the mechanical issue leading to another DNF.

Bringing the curtain down on the weekend in front of a bumper trackside audience and live on ITV4, the third and final race saw Zagazeta bounce back in style to add to his impressive silverware collection.

Coseteng was the lead protagonist in the early running as he ran second for a majority of the 20-minute bout before Zagazeta made his move at Cascades having carved his way up the order from fifth.

As the latter pulled away to claim a comfortable rostrum, it looked as if the team would enjoy a double podium celebration however Coseteng was to be pushed down the order in the closing stages and finished seventh.

Neate claimed the fastest lap of the race as he scored yet another top ten finish, whilst Flack brought his weekend to a close with another solid finish.

Michael Meadows, Team Manager: “It is great to end the weekend on the podium. Matias had had a pretty rough first two races, so it was fantastic that he could come away with a top result. Eduardo drove well all weekend and was unfortunate not to claim a podium of his own in that final race. Aiden and Marcos showed plenty of promise too and I’m sure when things fall their way over the course of all three races that their time will come. All four drivers are continuing to make improvements and there are areas that we will go away and work on following this weekend. We’re off to Knockhill next and that is a completely different circuit to Oulton Park, so we will see how we stack up against the opposition there.”

The F4 British Championship certified by FIA – powered by Ford EcoBoost will now venture north of the border to Scotland for the annual visit to Knockhill on August 14/15.